With the Australian Hydrogen Forum coming up, we interviewed two of the speakers about the future of the sector. Lachy Haynes is a partner in PwC's Integrated Infrastructure, Environmental Transactions and Advisory practice. Benjy Lee is the owner of Benjy Lee Consulting, a strategic adviser to the Future Fuels CRC, providing advisory services to a wide range of clients on new energy technology, policy and market matters.

They delve into what it will take for Australia to be a global hydrogen superpower, which industries are first off the block for adoption, as well as reflecting on what has happened in 2021 and what is upcoming in 2022.

What would it take for Australia to be a major global player in hydrogen by 2030?

Australia has abundant land and high-capacity-factor renewable energy – the building blocks to produce globally competitive renewable hydrogen to service a growing international market. Industry and government will need to act quickly to ensure Australia achieves a price point at which we are advantaged, or at the least competitive, with other hydrogen producing jurisdictions. This will involve establishing a hydrogen-ready supply chain, implementing appropriate policy and regulation, and engaging with partners and off-takers. We addressed the challenges and opportunities along Australia’s pathway to building a competitive hydrogen industry in our recent series: Getting H2 Right.

Australia's domestic economy is not of the size to support the scale of technology commercialisation and infrastructure development required to become a global leader. International partnerships and major export projects will be essential in reaching the volumes where Australia’s competitive advantages can be demonstrated and capitalised upon.

Australia is already one of the global leaders in energy exports - we are one of the top LNG export countries globally and there is an opportunity to replicate this for clean hydrogen as the sector grows. Australia has all the precursor requirements: proximity to key demand centres, large land mass, abundant renewable energy resources, disparate population and existing industry knowledge.

As the hydrogen industry evolves, Australia has the opportunity to pivot from its traditional role as a raw commodity exporter to exploit hydrogen derivatives, including green ammonia and green steel.

With the growing focus on ESG performance, the application of, and adherence to, emerging hydrogen certification schemes across the end-to-end supply chain will be critical. Attention must be given to improved stakeholder management - this includes proactive engagement on native title and taking a more expansive view on the opportunities for the involvement of indigenous businesses. The hydrogen industry also presents opportunities to pursue regional development and the reskilling of those workers impacted by the decline of sunset industries.

The next two years is absolutely critical. We need more collaborative leadership by key players across and within key sectors of the Australian economy and then investment flows starting to back up the talk. Growing the hydrogen industry capability isn’t just an energy sector leadership issue... it's transport, it’s manufacturing, it’s mining, it's water, it's super funds and other investors, and of course critically it's all governments, state/territory and federal.

This type of new industry doesn't get built on pure economics alone; it needs substantial incentives (an understatement!) and well-coordinated policy to help drive its success in the pre-commercial phase. The social licence issues associated with the scale of infrastructure deployment are far from trivial too, so dealing with this as proactively as possible will be important. Finally, an unrelenting collective focus on the mission of hitting the hydrogen under $2 metric!

What are the industries that are going to be first adopters of hydrogen domestically and overseas?

Hydrogen has multiple uses and no actively traded market. With no merchant market, projects will require a bankable offtake arrangement to attract funding. To underpin the returns the project is likely to achieve, a project will need clear end-use markets and customers, and certainty of volume and price.

Displacement of grey hydrogen and the use of clean hydrogen in gas blending are emerging as some of the first financeable domestic applications, supported by the existing downstream infrastructure and market. Higher cost green hydrogen can be introduced periodically and small increases to the average product price can be passed onto the large downstream customer base.

Heavy duty vehicles (line-haul, back-to-base fleets), remote power and materials handling (forklifts) present opportunities for breakeven business cases for high-cost hydrogen. Yet, significant downstream infrastructure and supply chain complexities need to be overcome for these applications to achieve scale. Domestically, we expect heavy transport to emerge as a stable use case across the next five years, particularly with growing commitments from state governments. In October, the NSW government committed $3 billion to commercialise hydrogen supply chains, with a target of 100 hydrogen refuelling stations and 10,000 hydrogen vehicles on the road by 2030.

Internationally, the transport sector is a key first adopter. For countries such as Japan, hydrogen vehicles present as one of the only solutions to decarbonise the transport sector given land constraints and high costs of renewable energy (which would otherwise be required to support widespread EV uptake). By 2030, the Japanese government is targeting 1 million FCVs in operation. Green ammonia is emerging as a foundational use case for export projects, driven by Japan's ambition to co-fire its coal power stations.

Within Australia we’re already seeing the gas networks as first adopters building and starting to scale real hydrogen infrastructure through blending projects in most Australian states. These projects started at around the 0.5MW electrolyser level and the latest are up to 10MW – so there are already great practical lessons being learnt on how to ride up the scaling curve.

Existing users of hydrogen in Australia, such as fertiliser manufacturers, look to be well positioned to increase adoption. Heavy transport has a great case for early adoption too, however the big transport players are yet to make their move. As for the rest, it’s still like betting on a Melbourne Cup race at the moment!

2021 in review – what has been the most significant development in hydrogen in the last 12 months?

The commitment at both federal and state government levels to act as a catalyst to further hydrogen industry development:

The increasing collaboration with trading partners and participation of international investors - we have observed strengthening global partnerships with key trading partners, including the commitment by Australia and the Republic of Korea to work together to drive increased adoption of low and zero emissions technologies (including hydrogen) through a new Australia-Republic of Korea Low and Zero Emissions Technology Partnership. Many significant international companies have joined hydrogen project consortia, including Kawasaki, ENEOS and Iwatani.

The step change elevation in the industry and public conversation on hydrogen in 2021 has definitely been a welcome development, with lots of exciting and visionary feasibility projects being looked at and discussed.

However, it's the stakes put in the ground for real infrastructure scale up that are most welcome from my perspective, so seeing the ARENA funding announcements of three projects with 10MW electrolyser capacities in Australia was the most significant signpost that I took most notice of in 2021.

The continued implementation of the National Hydrogen Strategy with strong bipartisan support and industry collaboration over 2021 has been a critical but understated development.

Too many exciting things to mention, there’s so much going on!

I’d like to see the design (and moving into implementation) of a Renewable Gas Target scheme in at least one state to signal that policy incentives are on the way for much broader hydrogen infrastructure project deployment in Australia.

I’d also like to have some surprises on decisions on investment commitments on Australian hydrogen projects being brought forward and made next year too. Lots to look forward to!

You can hear more about the future of Australian hydrogen at the Australian Hydrogen Forum 2022.

Attend the forum, from 23-25 March, and you’ll interact live with speakers and your industry peers. 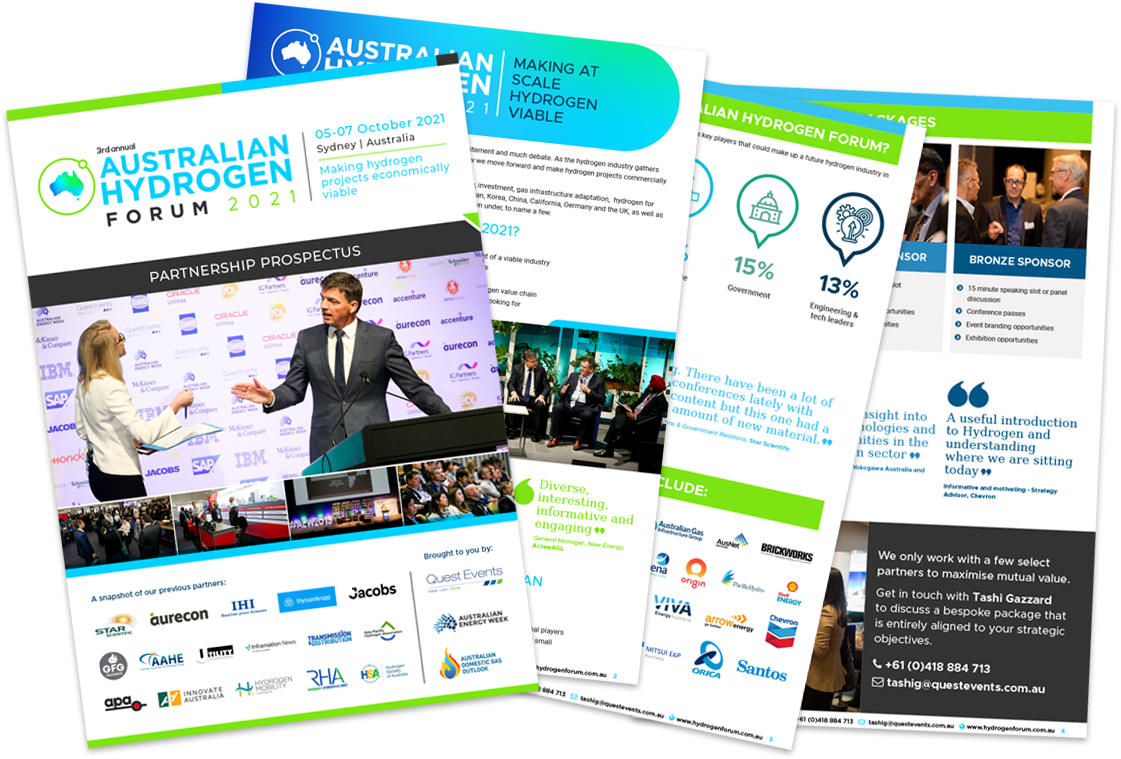